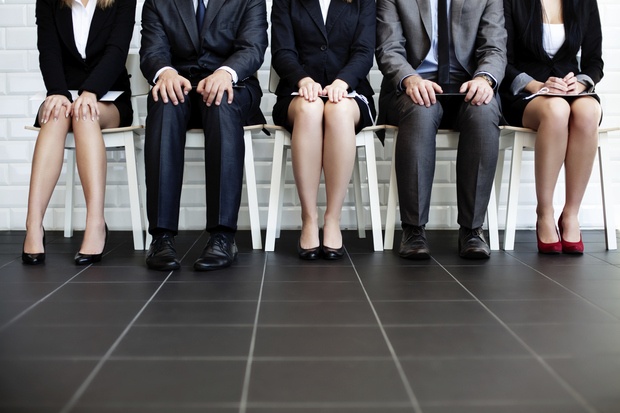 In Steve Case’s new book, The Third Wave, he argues that this next generation of the Internet will transform major industry sectors and become integrated into everything we do. We are already seeing the tremendous impact of software and the Internet transform one of the least discussed areas — the nonprofit sector.

With the growing ubiquity of mobile phones and the Internet, combined with plummeting connectivity costs and, in some cases, free infrastructure, it’s not surprising that organizations focused on scaling impact are integrating technology into the core of their solution. But you may be surprised to hear how deep technology’s impact has already been on the nonprofit sector.

Traditional nonprofits often run into barriers when trying to grow quickly. Because of its ubiquity and ability to connect people, technology provides the power to scale.

Medic Mobile, a communication and support platform for health workers in hard-to-reach communities around the world, was born when founder Josh Nesbit noticed he had stronger cell reception in a rural African village than he did on Stanford’s campus, where he was a student. Nesbit had his “a-ha” moment when he realized remote community health workers could harness brand new mobile infrastructure to connect with clinics.

By capitalizing on mobile connectivity, Medic Mobile has been able to improve healthcare for more than 8 million people in 23 countries in just 5 years.

In addition to technology’s ubiquity, crowdsourcing enables an ability to scale previously missing in the nonprofit sector. Wikipedia’s crowdsourced model allowed it to expand tremendously in a relatively short period of time; it is now one of the strongest content resources on the Internet with more than 825 million edits on 39 million pages of content.

CareerVillage.org also utilizes crowdsourcing, but to connect low-income high school students to professional mentors. Its online platform allows 10,000 professionals with expertise from companies like Zynga and LinkedIn to answer students’ career questions. According to CareerVillage.org founder Jared Chung, a crowdsourcing model allowed the organization to completely remove all the traditional barriers to scalability for mentorship programs.

Chief among those were the huge commitments volunteers need to make to participate in 1:1 mentorship programs. With a paid staff of only three, CareerVillage.org has provided more than 1 million students advice on how to start navigating their career path, and mentor engagement is strong, with a 99.9 percent answer rate.

Tech organizations that scale well typically have one of a few business models, such as Software as a Service (SaaS) companies (i.e. Salesforce) or marketplace businesses (eBay,  Airbnb and Uber). We’re now seeing tech business models infuse the nonprofit sector, enabling these organizations to run like tech companies.

The SaaS delivery model works well for nonprofits, as the marginal cost of helping an additional person is near zero. For example, CareMessage provides a platform for healthcare organizations to streamline care and strengthen self-health management.

The nonprofit built its messaging and cloud platform to address the need for greater health literacy among low-income communities. Compared to the time and cost of individually educating patients on prevention and post-treatment techniques, CareMessage’s solution enables health centers to treat their patients more cost-effectively.

We’re seeing online marketplaces blossom in the nonprofit sector, as well. SIRUM is an online marketplace for the $5 billion in unexpired, perfectly good medication that would otherwise be destroyed each year. SIRUM’s marketplace allows health facilities, manufacturers, wholesalers and pharmacies to donate unused drugs for cheap redistribution, targeting the 50 million Americans who could not otherwise afford these medicines. The SIRUM marketplace has already helped redistribute $5 million in medicines, providing enough medicine for almost 150,000 people who otherwise could not afford it.

Khan Academy began as a series of YouTube videos. With hosting provided by Google, Sal Khan was able to keep his costs low while growing his initial following for years before focusing on fundraising for Khan Academy. Even today, with more than 50 videos surpassing 1 million views, Khan Academy can cost-effectively scale because of YouTube’s infrastructure.

While in her first year at Stanford Graduate School of Business, Heejae Lim founded TalkingPoints, which encourages student achievement by bringing classroom feedback and learning into the home through parents. With $5,000 of her student loan money and low-cost infrastructure tools like Google Translate, Google Voice and Twilio, Lim was able to build a multilingual communications tool connecting teachers and families.

These tools allowed her to launch her initial product much quicker than if she had built each component from scratch, which would require a larger development team and additional funding. Lim says building software by leveraging existing tools and integrating “old-school” SMS messages was critical in allowing TalkingPoints to reach its target demographic.

Tech innovations, largely developed to address business problems, are now reinventing how nonprofits address social problems. Tech enables nonprofits to scale faster, adopt new business models and build upon the work of others. Right now I see the nonprofit sector at the beginning of a dramatic change. Expect a future where all nonprofits leverage tech to maximize impact, addressing social issues where tech never before played a role.

Topics: npTech
View the original article from Tech Crunch
Previous Post Next Post
Have technology questions or want to learn more about how Tech Impact can help your nonprofit?
Give us a call 1-888-798-1350
or browse our Technology Services For Nonprofits.