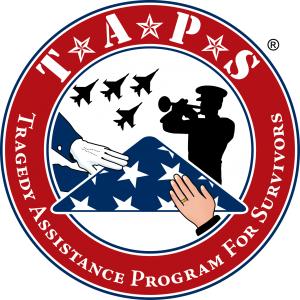 The Tragedy Assistance Program for Survivors (TAPS) hosts two national seminars for survivors grieving the loss of a loved one in service to America. These national events bring together thousands for a time of support and connection with others who have experienced the same loss. It is so important that we begin welcoming our families to the event and integrating them into the process in advance of opening day. This helps us avoid overwhelming them with logistics when they arrive, so they can focus on the many healing resources available to them at the seminar.

TAPS decided that an easy-to-use mobile app would be an excellent way to roll out advance details about the seminar, help our survivors connect with their peers and provide logistic updates during the event. We started the research on mobile app developers six months in advance of our event and are currently waiting for our app to be approved in the Apple and Google Play app stores.

Here are three recommendations for selecting a developer, identifying goals and features, and getting approval for your organization to have a presence in the major app stores.

Research apps from similar organizations to narrow the developer field:

You don’t have to start from scratch. Chances are that someone in your organization has attended an event with an app for a similar organization and can provide feedback on their conference interaction through the app. If the app is still live, you may even be able to see a sample of that developer’s work before you ever have to talk to the vendor. Ask around through your networks and find out what app development companies others with your same budget are using. This should help you narrow the field to the top five developers. Finish the early research process by viewing all the demos, pricing, testimonials and feature lists that each developer highlights on their website. Some are more proprietary with their information, but you can find out a lot by drilling down in their demos and feature lists. When we did this, TAPS was able to winnow our list to three top app developers.

TAPS is fortunate to have the budget power of the 501cTECH 2015 Technology Innovation Award driving our process, but the price tag for app development can vary significantly. Knowing the core features you require is critical when choosing your app package. Proposed costs from the top developers ranged from $1,000 to $10,000. You get what you pay for in the app world, so if bells and whistles are important to you then start with an all-inclusive app developer. Some developers offer a la carte services and add-on features for a premium but allow you to streamline your basic app on a nonprofit grant budget.

Our programs team, leadership and communications team developed a list of goals and minimum features that we required in the app. For TAPS, the goals were ease of use for our generationally diverse survivor population, flexible options for connecting survivors with each other, and the ability to put the program and activity schedule at their fingertips. While nice, we didn’t need features such as Google map interaction, portals for thousands of exhibitors or concierge service so we don’t do any updates or front-end app changes. We did, however, need a password feature to limit access to the app to only our TAPS families for security reasons and admin access from phones and tablets while at the event. Once we had a matrix of features and our goals, it was easy to match them to the right app developer and package level.

So far, this is the only major snag we’ve encountered. It’s a classic case of you don’t know what you don’t know until it is too late. After we selected a vendor and started the app process, we were told that TAPS needed to provide our Dun & Bradstreet number. Having one is a requirement from Apple and Google Play to gain approval to have your app featured in their app stores.

What we didn’t know is that all parts of our D&B profile have to exactly match the application information submitted to Apple and Google. Unfortunately, the office phone number on our application did not match an old phone number listed in our D&B profile, which halted the process. It’s an easy fix to update the profile, but it has delayed the approval by more than three weeks while we wait for the D&B system to update so Apple and Google can attempt re-verification, which can take up to a month to complete. It’s a lesson learned, and now shared for others to be aware. It’s not just the D-U-N-S number, it’s the entire organizational profile that must match your app store application. Work closely from the beginning with your accounting department to update your D&B profile.

Topics: Technology Innovation Awards, Guest Post
Previous Post Next Post
Have technology questions or want to learn more about how Tech Impact can help your nonprofit?
Give us a call 1-888-798-1350
or browse our Technology Services For Nonprofits.