Why Your Nonprofit Should Target Baby Boomers 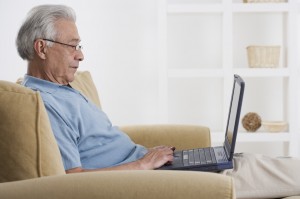 Baby Boomers make up 34% of the donor pool, but contribute 43% of all money raised, according to study released Aug. 8, 2013 by Edge Research, a division of Blackbaud.

By definition, Boomers were born between 1946 and 1964. In 2007, the first of that generation hit retirement age, and were eligible to collect Social Security payments. Boomers are valued to have the greatest spending power, due to the amount of disposable income they have.

Around 60% of Millennials and 50% of Generation X, attribute a willingness to give more with the organization’s ability to show the impact of their donation.

Trying to keep younger generations intrigued and engaged with your nonprofit is very time consuming. In fact, 75% of Boomers are interested in supporting the same number of charities from year to year. In other terms, 21% of Boomers give monthly. While volunteers are necessary, funds are also mandatory for nonprofits to continue operating—making Boomers the go-to when it comes to your next fundraising campaign.

Topics: campaign, generations, Fundraising, Industry News, targeting, boomer
Previous Post Next Post
Have technology questions or want to learn more about how Tech Impact can help your nonprofit?
Give us a call 1-888-798-1350
or browse our Technology Services For Nonprofits.