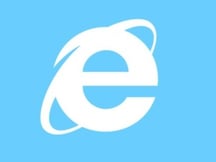 Microsoft recently revealed a bug in versions six through ten of its Internet Explorer web browser that allows hackers on the same network as much access as a legitimate user.

Claiming to be aware of  "limited, targeted attacks," Microsoft is investigating the vulnerability and have yet to determine what action they will take in response to the flaw.

Government security response teams are urging Windows users to consider Chrome or Firefox as their default browser until Microsoft delivers a security fix for a new flaw affecting all versions of Internet Explorer.

People should avoid using all versions of Internet Explorer until Microsoft has successfully patched the glitch. The vulnerability has the potential to give hackers the same user rights as the current user, which means a successful attacker who infects a PC running as administrator would have a variety of attack options, such as installing malware on the system, creating new user accounts, and changing or deleting data stored on the target PC.

Windows XP is especially vulnerable given that Microsoft discontinued support for the OS earlier this month. For longtime IE users on XP, turning to Google Chrome or Mozilla Firefox would be your best bet, both immediately and going forward. Google will be supporting the XP version of Google Chrome until April 2015, while Mozilla has yet to announce a Firefox end-of-support date for XP. Should a vulnerability hit either of those browsers on XP it will be patched, unlike IE.

If you do not have a secondary browser installed on your computer, please contact our Help Desk (202) 234-9670 or email support@501ctech.org so an engineer can assist with that installation.

Topics: microsoft, Internet Explorer, IE, IE bug, News
Previous Post Next Post
Have technology questions or want to learn more about how Tech Impact can help your nonprofit?
Give us a call 1-888-798-1350
or browse our Technology Services For Nonprofits.