The 2013 installment of Giving Tuesday has come and gone. The event has grown since its inception, and 2013 was no different.


Here are some stats about 2013, according to Giving Tuesday's official website.

How did your nonprofit benefit from Giving Tuesday? Let us know in the comment section below. 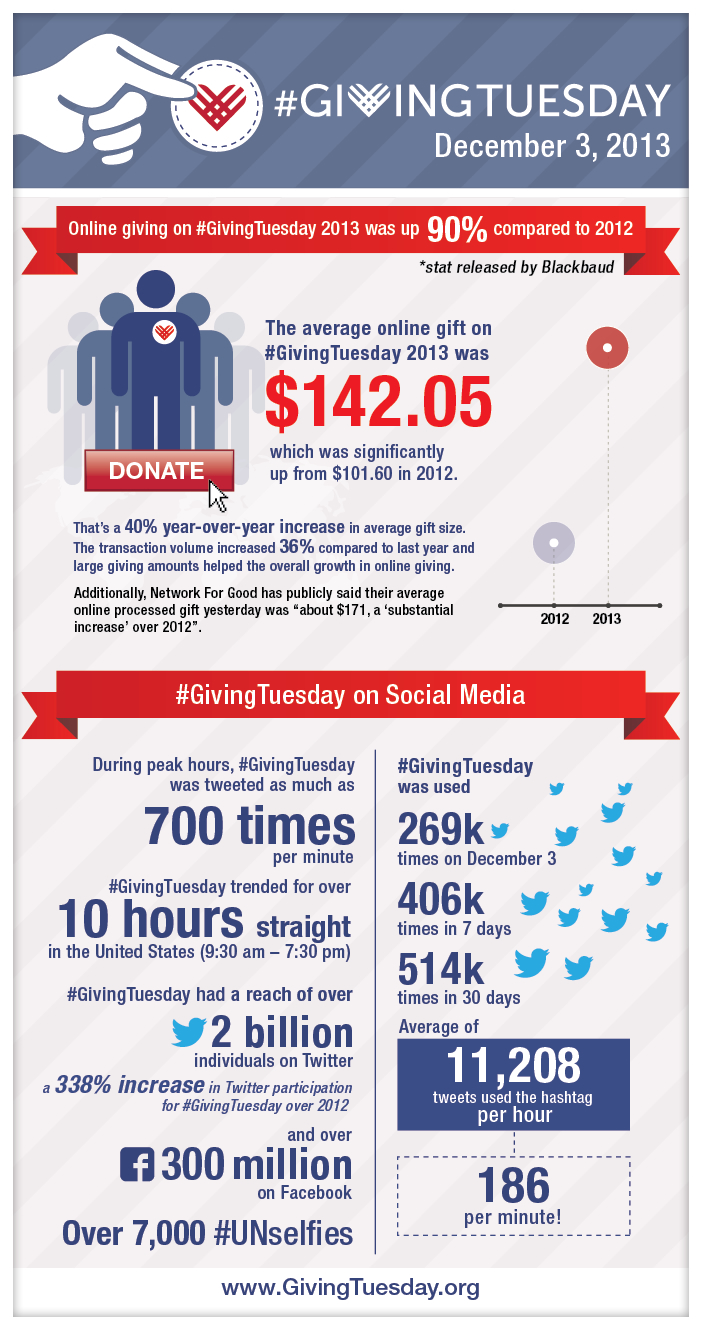 Image courtesy of GivingTuesday.org
Topics: Fundraising, Industry News, Tech, donations, infographic, givingtuesday
Previous Post Next Post
Have technology questions or want to learn more about how Tech Impact can help your nonprofit?
Give us a call 1-888-798-1350
or browse our Technology Services For Nonprofits.