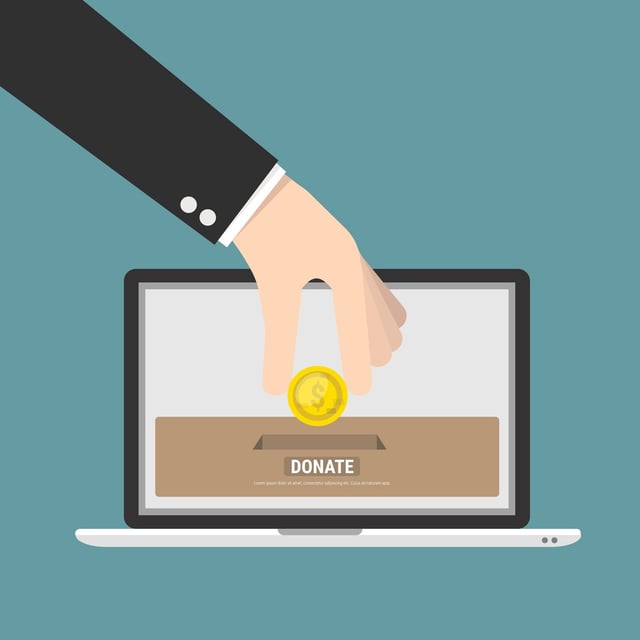 With #GivingTuesday on the horizon, now is the time to strike while the iron is hot and leverage some new tools and technology to gain donations for your organization or nonprofit! Could blockchain (i.e. Bitcoin, Ethereum, etc) be one solution?

Charities supporting children’s causes, victims of humanitarian disasters, the environment, scientific research or the arts raise millions of dollars in donations each year. Yet, while generous contributions continue to be made around the world, public trust and confidence in charities has been reported at its lowest recorded level. In this article we will discuss what bitcoin and blockchain is, and if it is right for your nonprofit.

How Bitcoin and Blockchain Works

Blockchain is a digital ledger in which transactions made in bitcoin or another cryptocurrency are recorded chronologically and publicly. Anyone with a Bitcoin wallet can receive and spend bitcoins. A wallet is like a bank account that exists only on a digital platform. You can get bitcoins by buying them with traditional currency at online exchanges like CEX.IO, and receive them by donation.

Like traditional currency, you can move bitcoins from your wallet into someone else's and vice versa. Rather than being validated by an intermediary, like banks with checks, or payment processors with credit cards, Bitcoin transfers occur directly between the donor and the organization. (You can choose to use a payment processor to simplify the process, however.)

Why Nonprofits Are Choosing Bitcoin

The biggest incentive for most nonprofits to accept Bitcoin is that most major payment processors, like Coinbase, don't charge any processing fees for donations to 501(c)(3) nonprofits and charities. If a donor chooses to donate one bitcoin, the organization receives the entire donation.

Without processing fees, a greater number of donors can make smaller donations without any additional cost to your organization.

Kaya Children International uses BitPay for its payment processor. Board member Rev. John Eggen says, "There are no fees whatsoever, nor are there any discounts, or anything like there would be on a credit card transaction, and so that made it an easy sell."

Some nonprofit organizations are adopting Bitcoin as a tool to target specific demographics, specifically constituents who are more tech-minded.

"A lot of the tech companies that donate with us are people that see computers and the web as a hobby, a lot of early adopters who may have an interest in Bitcoin," says Nicholas Bisaccia, communications coordinator of Nonprofit Technology Resources. "Since our mission is often aligned with their work, we thought it may be beneficial to adopt early and do Bitcoin and there are other benefits to accepting those donations as well."

Bitcoin's instant transfers can make an immediate difference in funding the efforts of nonprofits with very time-sensitive missions, such as disaster relief. Converting bitcoins to spendable dollars adds time, though, so you should consider whether the added speed would make a significant difference for you.

Bitcoin is not an easy thing to wrap your head around at first, but like most things, the more research you do, the clearer it will become. Nonprofits looking to stay relevant and available during the age of digital work, have to be strategic, relevant and innovative. Our modern work force will have to be hungry and eager to reskill to current trends. Nonprofits need to be forward thinking and adoptive in order to incorporate new technologies and practices like; Artificial Intelligence, Block chain and Internet of Things, into their strategies and workforces.

Topics: donations, bitcoin, blockchain
View the original article from TechSoup
Previous Post Next Post
Have technology questions or want to learn more about how Tech Impact can help your nonprofit?
Give us a call 1-888-798-1350
or browse our Technology Services For Nonprofits.